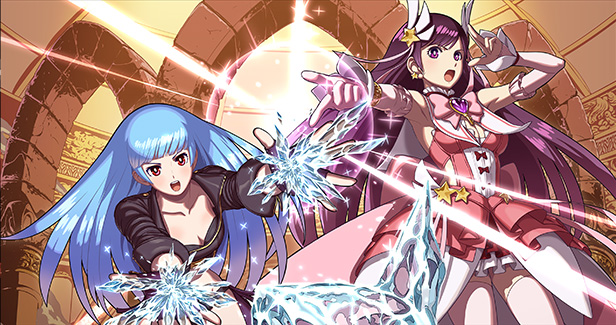 Legendary SNK Heroines take the spotlight in one of the craziest tag battles in fighting action history!

Take control of SNK’s most iconic female characters and battle it out in this crazy tag fighting game featuring a plethora of cute costumes and accessories! With one button special moves and a deep but simplified combo system this is a great game for fighting game fans and newcomers alike! A brand new style of fighting action has arrived! 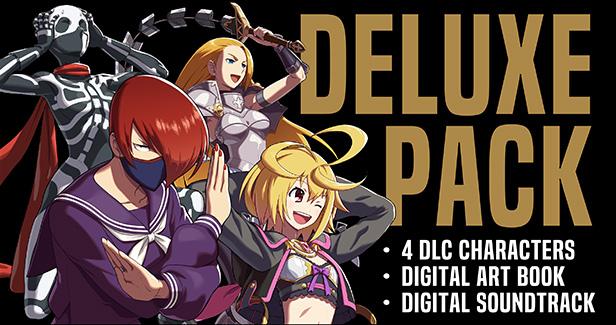 Want to know more about the SNK Heroines? Find out more about the costume concepts, character illustrations, and story-boards in this digital artbook!

*For the location of the digital artbook and soundtracks files, please check your local installation folder.

A legendary roster of SNK Heroines have found themselves trapped in a mysterious mansion! The 14 heroines will have to work together to escape, all while wearing a variety of cute and sexy costumes!

Your tag team is able to seamlessly switch between the Attacker position in the front and the Supporter position in the back! Are you a newcomer to the fighting game genre? SNK Heroines features a simplified one button special move system and a variety of items to keep the matches simple but tactical!
When your opponent’s gauge turns red, that’s your chance to clinch victory with a cinematic Dream Finish!

Customize your favorite heroines with 3 costumes, 4 voice styles and more than 140 accessories. Capture unique photos of your heroines in the customization menu with a variety of backgrounds, stickers, poses, and more to choose from! Battle offline and online to earn in-game currency to unlock more stuff!

[Online Battle] Enjoy the online game experiences with your friends!

A robust lobby system allows up to 8 players in a room with fights allowing 2 to 4 players to battle each other in ROOM MATCH! You can also bet your in-game currency and win big in QUICK MATCH!